Live Vibe Music studio is our musical playground both for mettaphor & the many community music projects that we faciliate as LVM. 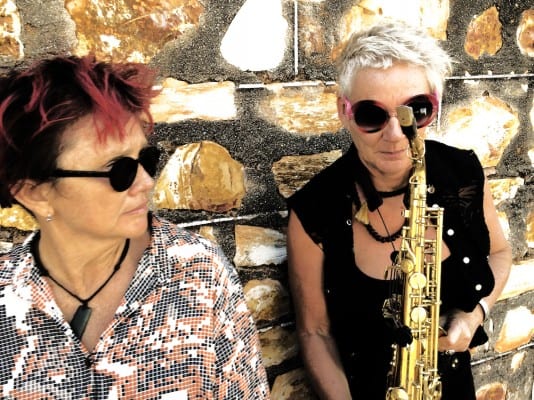 In fact in our studio world it was the projects that came first…….

Kaeleen is a live sound engineer with a background in computing so the logical extension of these skills was to embrace studio technology to give our workshops the added bonus of recording / producing with a cd outcome and having recorded numerous cds in various musical incarnations we know what it takes. As Angelika was already our graphic wizz it wasnt long before she followed suit with film & dvd production.

After sometime facilitating many diverse projects at festivals, community services, community groups, youth, indigenous etc we further developed the concept of working with participants who had no instrumental skills. The impetus was to offer a voice to often marginalised groups to express themselves & present their voice, opinions & creativity for change either for themselves or to encourage others to understand their situation from their perspective.

This formula was very successful & popular with projects really diversifying.

We facilitated projects with preschoolers in Sydney creating ‘stranger danger’ songs, strong message health projects in remote indigenous communities and another unique project was working with senior citizens & a youth flexi school collaborating on hip hop songs with outstanding results. The innovation is that using the recording studio the participants are the directors of their outcome. They ‘build’ their songs, select the genre, tempo, key & instruments so the creative input supports the groups ownership of the outcome while at the same time teaching by DOING how to write, create songs & work collaboratively.

We have developed numerous ways to facilitate songwriting & it is not limited to ANY genre & even better if participants have the musical skills however we are not limited if they don’t, in fact there is no limits, we have written songs with non english speaking students here studying language & many indigenous language communities, music transcends spoken language limitations.

Another observation of our project work is that participants open up & feel safe to express in the creative environment. The act of writing a song invites expression while at the same time the group dynamic of discussion around the issues at hand facilitates awareness that generates deeper participant understanding and provides new ways to articulate their experience.

So then our desire to really capitilise on Angelikas graphic & visual skills, with a degree in media, film & arts LVM took the next step by investing in a couple of camcorders an editing suite, Final Cut Pro X and adding film clips to the songs & our bag of tricks. Using a similar approach whereby participants film the footage have input into the direction & process,  has bought a really powerful visual presence to the songs.

Along the way we developed our philosophy of being invisible to the project process – we retain no copyright or claim to ANY project we develop & you will never see our names attached to outcomes, just a logo. We are facilitators or guides for community expression & the outcome belongs to the community.

Both Angelika & Kaeleen have spent many years living with aboriginal people in community, Kaeleen has twins of Djabugay descent so they really observed how her twins, neices & nephews accessed their studios whenever they could & completely engaged in the technology, the observation  is that indigenous mob are very savvy to technology so LVM then developed the concept of roadcasing portable studios & taking them to remote communities offering unlimited access to community for expression. Having a studio does not just mean music it’s also radio shows, language, cultural history & story telling. It can all be recorded, however engaging through music really is immediate & helps develop the skills necessary to create outcomes. LVM have set up studios in numerous communities, Yirrkala, Groote Eylandt, Boroloola & Roebourne.

Another focus in remote projects was to encourage & support women to embrace technology, expression & develop their musicality & this has been embraced by women & female youth in all community/ies.

Passion, community & technology has taken LVM on a great journey & along the way LVM devleoped their formula. As musicians keeping the balance between their own creativity as mettaphor & supporting community expression through Live Vibe Music is very important, this is what keeps the fire burning & the energy focused on their goal, original music, creative expression & strong message projects.

Click WORKSHOPS page for some creative ideas on projects we have facilitated.

The project experiences became a catalyst for the current evolution of Mettaphor.

After many years of facilitating community music projects we continually developed our skills creating the musical backing for many songs of such a wide variety of genres as the engineer, producers & ‘band’ behind the songs.

As the songwriting driving force of mettaphor we were always at the mercy of financing, managing, rehearsing, writing, producing & travelling with a 4 or 5 piece band. ….the well known challenge of independent original artists, keeping everyone eating & working.

As LVM we had developed the skills & owned the technology to take complete control of our mettaphor musical journey. We stripped it back to a duo & welcomed the LAPTOP to the lineupl…… now we can write a song a day & perform it the next day, change it that night & continually develop our material until the audience confirms we have got it right.

The created entities of Mettaphor & Live Vibe Music have a great symbyotic relationship they nourish each other on many levels & in many ways.

Finalists SHINE Awards 2006 for Innovation and Technology in Community, Queensland Office of the Status of Women.

In conjunction with The Working Against Abuse Service in Roma,LVM were able to reach out to 6 south western Queensland towns. 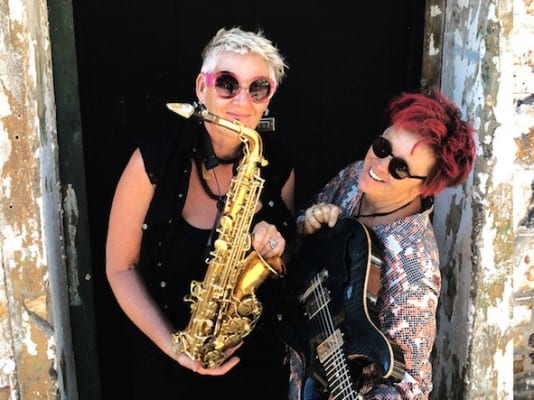 # Sunshine Coast
Entertainers of the Year